The insights to emerge from USP3 each year help inform the debate on how capital projects are delivered in the US.

States lead the way but with help from Washington

In what seems like a reoccurring theme every year at USP3, multiple speakers stressed the importance that state-level decision makers take the lead on financing and developing critical infrastructure projects. Yet, another repeated mantra was the importance of Washington DC pols providing financial assistance for such projects.

In his keynote address, US Department of Transportation (DOT) Chief Infrastructure Funding Officer Dan DeBono said the department has recently awarded over 50 infrastructure grant programs with a little over USD 9bn. Highlighting some of those programs, DeBono said the DOT will announce projects that will receive grants in the coming months. That includes the USD 900m that will be awarded through the Better Utilizing Investments to Leverage Development grant program in the fall, the USD 850m of Infrastructure for Rebuilding America grants that will be awarded later in the summer and Consolidated Rail Infrastructure and Safety Improvements grants that will be announced in the coming weeks. DeBono also said the department is “about to” publish a notice regarding port infrastructure development grants in the amount of USD 292m.

The US has seen the opening of a privately funded rail line, Florida’s Brightline, for the first time in decades while a proposed privately funded high-speed rail line, Texas Central, would connect Dallas and Houston. But, Trevor D’Olier-Less, sector head and senior lead at S&P Global Ratings, said building rail lines in the US can be a challenge. Acquiring privately-owned land to build a rail system can be a challenge in the US particularly in densely-populated corridors, he said. Yet, doing so would assuage investors who desire certainty that a rail project can be brought to completion, D’Olier-Less said. “There is a ‘not in my backyard mentality,’” he added. “You don’t get that in China, where the state owns the land.” He went on to add that Brightline has used an existing track for its passenger rail line, “but that limits its speed.” 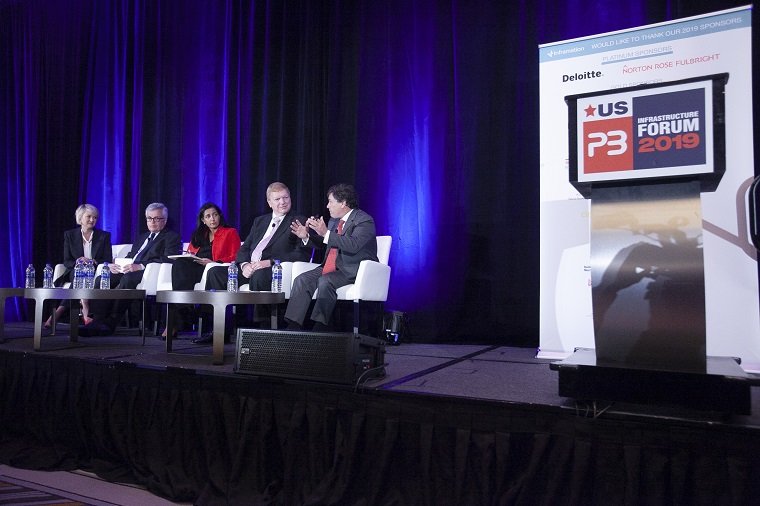 Up north, federal infra subsidies is a regular part of the program and Canada Infrastructure Bank's (CIB) CIO Nicholas Hann was on hand to outline his Vision. The bank is concentrating its CAD 35bn investment strategy in four sectors: public transport, broadband and connectivity, transportation and trade and green infrastructure. For broadband connectivity alone, the CIB aims to invest CAD 1bn. The other three sectors will see CAD 5bn of investment each. Separately, Hann revealed the CAD 1.28bn credit facility for the Reseau Express Metropolitan will be pushed down as subordinated debt as more private capital will be contributed to the project.

Market for P3 projects is getting better all the time

Infrastructure veteran Joe Aiello, now a senior fellow at Meridiam, told attendees in a fireside chat that Boston Logan International Airport is exploring a people mover, which would be in line with what LAX was able to accomplish last year. If it turns into a P3, it will have a big supporter in Aiello as he sees a market that is “getting better and better over time.” P3 projects used to be dependent on state leaders who have proclaimed that certain projects will move forward as P3s, he said. 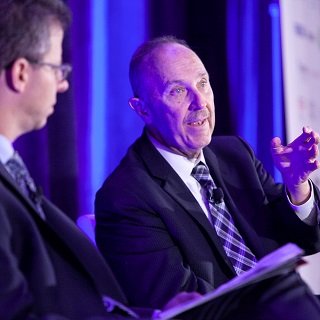 Today, there is a more systematic approach with projects being looked at as potential P3s at the procurement agency level. “That’s a pretty radical change,” he said. Aiello, who is also chairman of the MBTA Fiscal Management and Control Board, and an adviser to the government of Puerto Rico, said the private sector can serve an important role in the changing transportation landscape. Moreover, the private sector is well-equipped to play an important role as Massachusetts and other states launch initiatives for the “decarbonization of their transportation systems,” he said.

With a competitive market in which too much capital is chasing too few opportunities, finding innovative financing options may be the future of the infrastructure sector. “It is not going to be the old-fashioned ‘follow this recipe’ for a P3 deal,” Mac Bell, the head of P3 investments at Fengate, explained during a panel on financing options. “You have to come up with innovations that allow you to structure something you are comfortable with and that sort of pushes the envelope of where LPs are willing to go.” Bell offered the example of Fengate’s deal to build a new ConRAC at Newark Liberty International Airport, which closed last month. Fengate and the rental car companies negotiated a lease with the Port Authority of New York and New Jersey with Fengate’s revenues coming from customer facility charges. “It’s a little spicier. It is not the traditional, down the middle of the fairway availability payment,” Bell said. “That meant we had to come up with more innovative ways to finance that, given that we were not going to get as much leverage.”

Michael Baird, managing director at RBC Capital Markets, said the market is going to see an “explosion” in university energy system P3s in the coming months and years. Baird explained that a lot of schools have been discussing such projects to make those systems more efficient and cost effective. Moreover, school officials are looking to transfer risk fearing obsolescence issues in the coming years, he added. 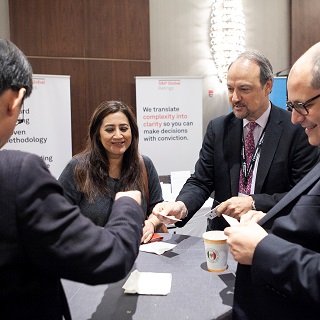 Washington State's Buckley also said during a panel about social infrastructure that lifecycle costs associated with social P3s are a perceived political risk by many politicians looking to gain points with voters. Buckley said this is caused, in part, by politicians and their constituents’ lack of understanding P3 benefits in the long term. Later, Victoria Taylor, president and CEO of Project Finance Advisory, exalted the expansion of TIFIA and the FAST Act explaining that it has resulted in a lot of new projects being eligible for funding. Taylor added that one trend she has seen is transit agencies looking at their own real estate as a location to build affordable housing. Buckley concurred and said his office is looking at transit-oriented projects, such as a ferry terminal that also serves as a community hub in the San Juan Islands.

According to Chula Vista City Manager Gary Halbert, fiber represents the biggest opportunity for infrastructure investors in today's market. “The largest P3 opportunity is fiber,” he said during the conference’s smart city panel. “Cities have to think about what they want to do, where they need the fiber infrastructure and then find the partners to help with that.” Stay informed about the 2020 event

Something went wrong.
An error occurred trying to play the stream. Please reload the page and try again. Close