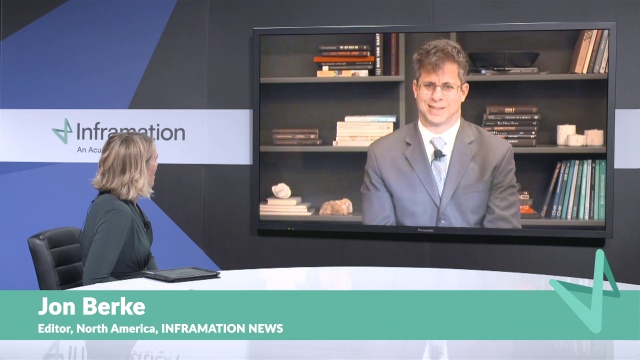 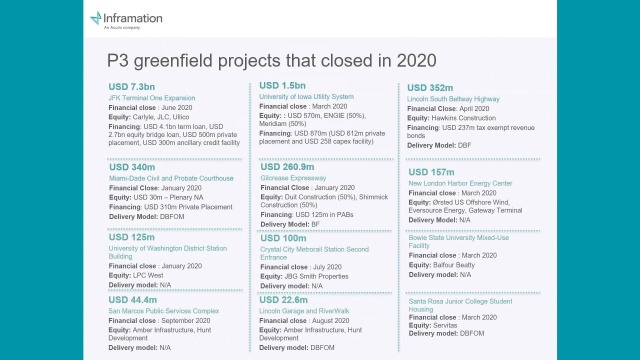 5 charts on the US P3 market 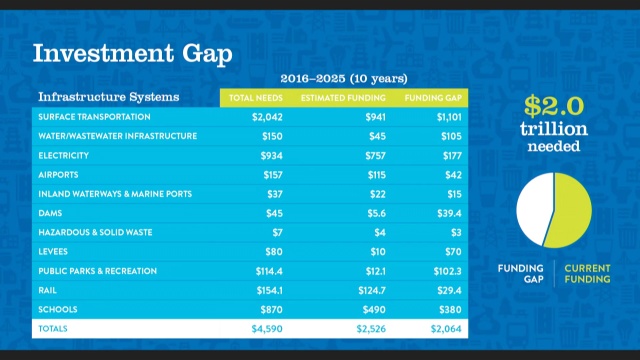 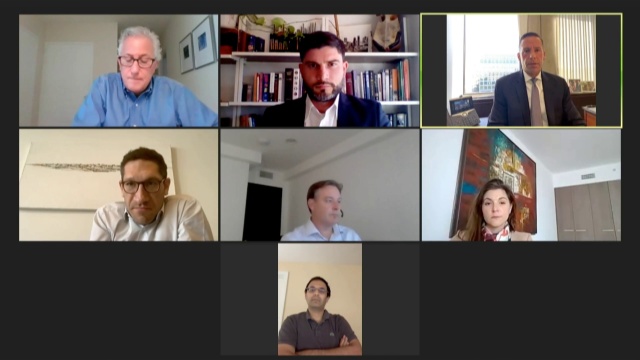 The main artery for infrastructure was effectively clogged in early March when most of the country was shut down due to COVID-19 causing a strain on demand-risk projects such as toll roads, airports and ports.

Longer term concerns arose about the health of states and cities in general have also risen as fears of recession could cut into their tax revenue base. This came at a time when Maryland and Georgia were in the early innings of two major road projects, but also with the US P3 industry starting to gain some much-needed positive momentum overall due to developments in the university space.

In the interim, bad news has arisen this summer as the investors and contractors in the Purple Line consortium are trying to leave the project. At the same time, the privatization of JFK Terminal One is being delayed. 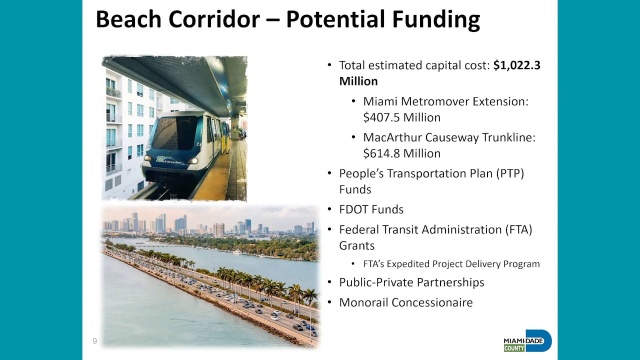 The ongoing procurements for the Corridor Trunk Line and Northern Corridor are supposed to be the tip of the iceberg for Miami’s SMART plan, which is inclusive of four other LRT extensions and multiple new busing routes along with related concepts such as transit-oriented developments (TODs). Miami officials will walk you through the following concepts: 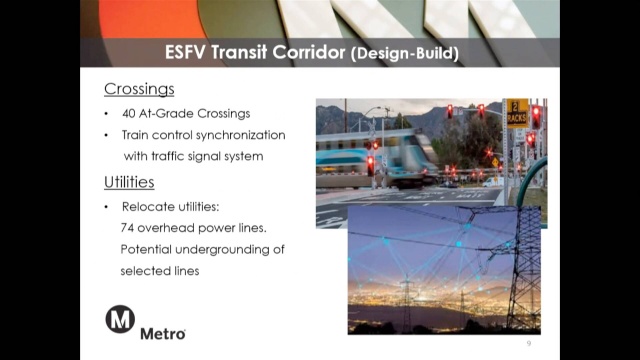 LA Metro’s grand USD 21.5bn vision for having a modern LRT system which finally connects to LAX airport and in time for the 2028 Summer Olympics is still currently in its first phase with the procurement for Sepulveda Pass still in gear and processes set to launch in 2021 for West Santa Ana and East San Fernando Valley LRT expansions. Rick Meade will outline: 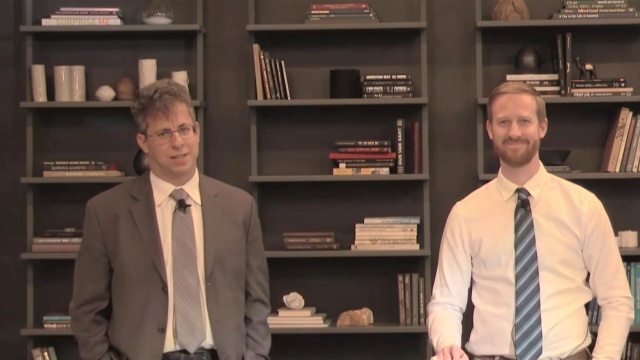 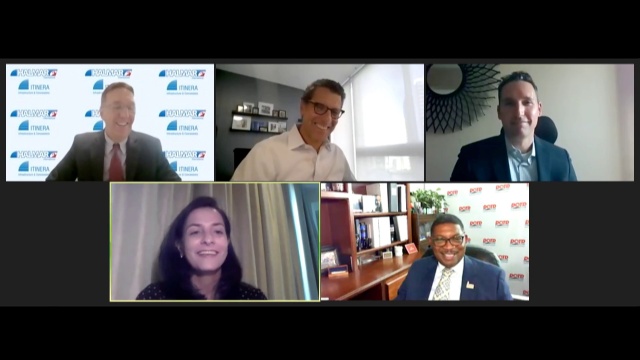 COVID-19 has brought into question any increased development in risk-demand project as questions remain about managed lanes project. Yet today, there are two major road projects in the market—Capital Beltway P3 and SR-400—and even a progressive P3 state such as Michigan is seeking feasibility studies into tolling.

In the meantime, transit-oriented (TOD) developments had started to sprout up to modernize older transit hubs such as bus depot and bring in a retail component. What does the future look like for these projects? And in sum, will states remain committed to these projects or like Rhode Island and Michigan deploy resources towards more next generation transit developments such as electrified buses, autonomous vehicles, and/or smart cities? 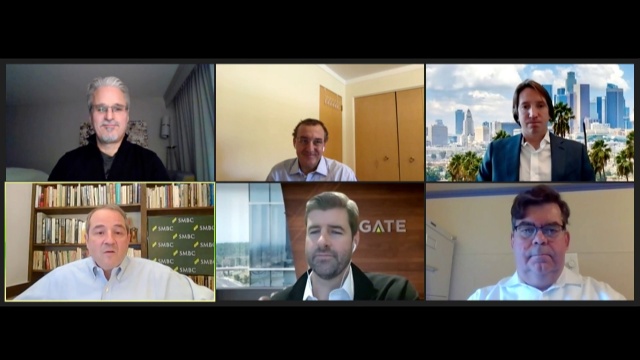 Skanska US and other contractors have slowly withdrawn from p3s in recent years as its continued to sustain losses from fixed price contracts associated with traditional DBFOM contracts. In the past years or so. Separately, agencies in Canada and the us have also been forced to look at p3 alternatives, such as DB, or outright cancelled contracts such as decision by the province of Ontario to cancel its Hamilton LRT project.

Delegates will listen to panelists debate how owners and contractors can adjust the terms of fixed price contracting to get the p3 industry back on track. 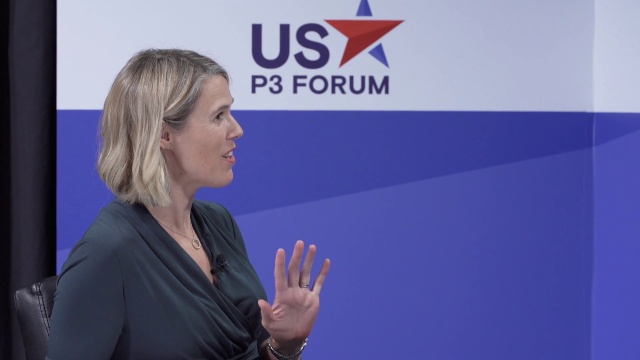 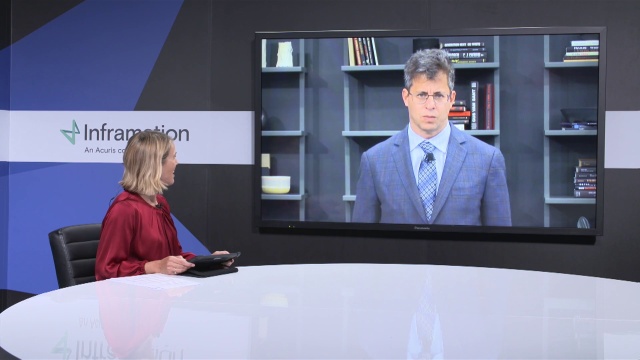 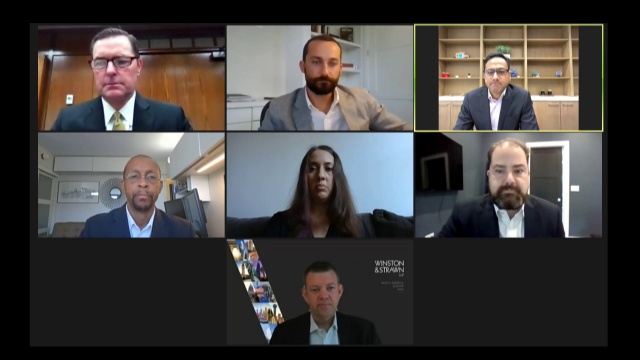 Social infrastructure has begun to become a mainstay in P3 procurements as cities have become comfortable procuring public schools, courthouses, government buildings, prisons, and recreational fields. Universities have also expanded their P3 program to not only include housing & energy projects, but also academic buildings and research facilities. Panelists today will discuss the following topics: 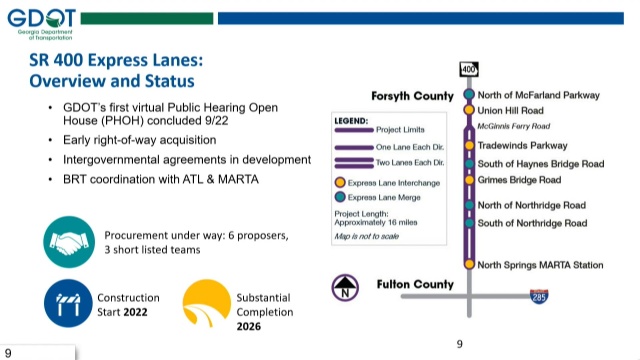 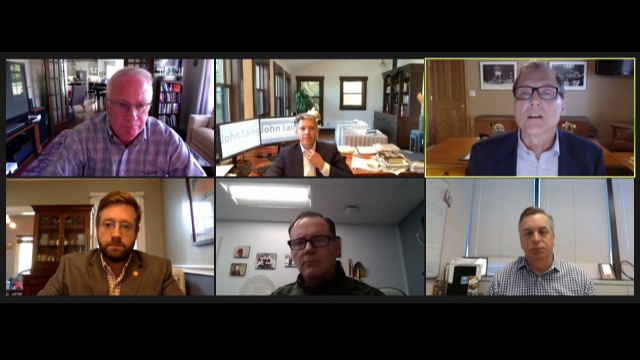 Panel Discussion: The Push for Broadband

Between the FCC and initiatives being introduced in Congress, one of the major focal points of this latest infrastructure push revolves around rural broadband. The reimagining of the workforce with COVID-19 forcing a work from home scenario has been a catalyst. However, even before, then highway systems were looking at alternative procurement to expand cashless toll systems and improve connectivity in certain places like tolling systems. Panellists will discuss today: 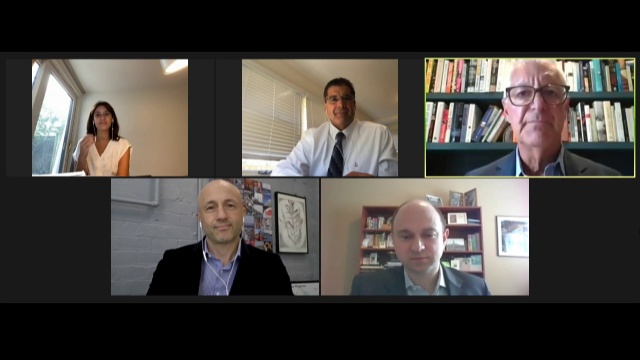 The University of Iowa essentially replicated the OSU deal from 2016 when it selected Engie and Meridiam on its USD 1.165bn energy project in December 2019. Both projects--anchored by an upfront payment to those respective schools and 50-year concessions—are the tip of the iceberg as state universities such as Alabama are exploring similar projects. With officials of more than 50 colleges and universities attending a 2019 forum, this is likely to be a growing asset class. 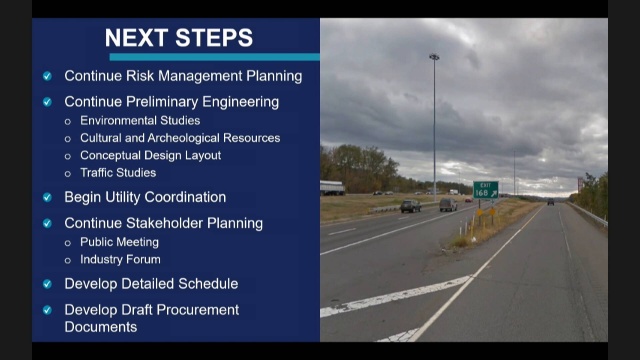 PennDOT director Michael Bonini will present the DBF of the I-81 project and why it was revamped from a DBFM to a DBF. The project will consist of 7.5 miles of interstate construction and bridge replacements. The discussion will circle around the following points: 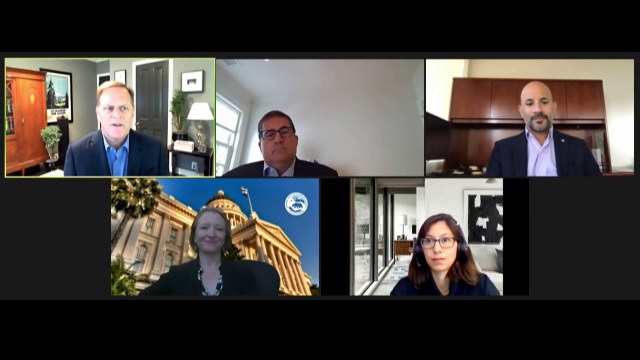 Panel Discussion: The Impact of Climate Change on Infrastructure 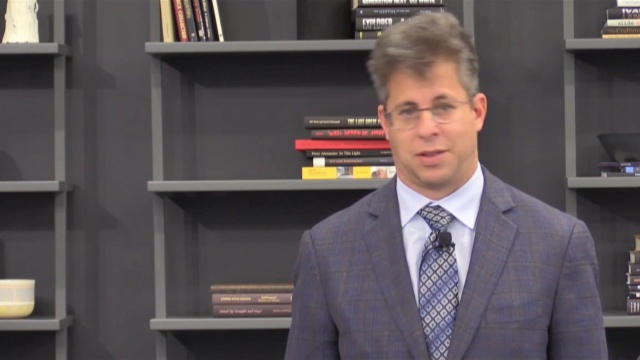 5 charts on the US P3 market - Melis Ogutcu