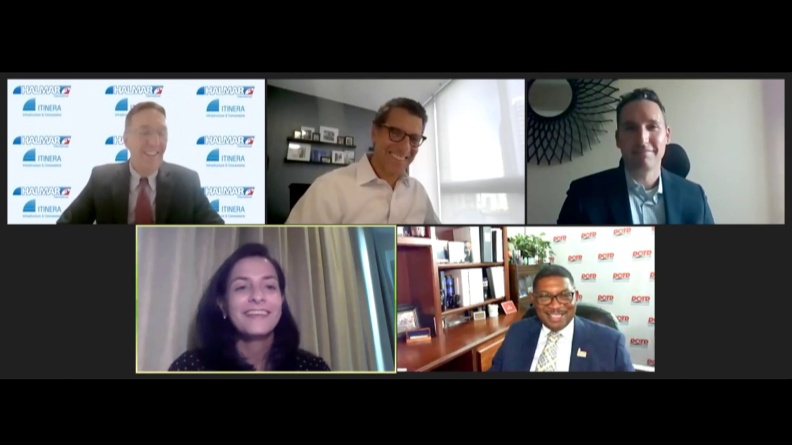 COVID-19 has brought into question any increased development in risk-demand project as questions remain about managed lanes project. Yet today, there are two major road projects in the market—Capital Beltway P3 and SR-400—and even a progressive P3 state such as Michigan is seeking feasibility studies into tolling.

In the meantime, transit-oriented (TOD) developments had started to sprout up to modernize older transit hubs such as bus depot and bring in a retail component. What does the future look like for these projects? And in sum, will states remain committed to these projects or like Rhode Island and Michigan deploy resources towards more next generation transit developments such as electrified buses, autonomous vehicles, and/or smart cities?

Dolly Mirchandani's practice focuses on infrastructure and public private partnerships projects, reflecting over 20 years' of experience working on some of the most significant deals in the sector. She represents sponsors, infrastructure funds, commercial banks, institutional lenders, contractors, government agencies and secondary market investors in the development, acquisition, divestiture and financing of greenfield and brownfield infrastructure projects. She has played a leading role in the introduction of private investment and finance in the infrastructure sector in North America, having advised on multiple, award-winning transactions, many of which were first of a kind.

Industry press consistently recognizes Dolly as a leading lawyer in the sector. She is ranked Band One in both Chambers Global and Chambers US for PPP projects. She was awarded Global Leader status for both 'Project Finance 2019' and 'Government Contracts 2019' by Who's Who Legal. She was recently acknowledged in Euromoney's latest Women in Business Law Expert Guide as a leading practitioner for both 'Women in Business Law' and 'Project Finance' categories. She was also featured on Law360's 2013 Rising Star list of top partners under 40.

Shawn Wilson was appointed Secretary of the Louisiana Department of Transportation and Development (DOTD) by Governor John Bel Edwards on January 11, 2016 after more than 10 years of executive service at DOTD.

Since his appointment, Wilson has been a tireless advocate for new revenue, maximizing Federal dollars available to Louisiana, advancing a balanced and comprehensive transportation policy for Louisiana, and ensuring the Department is more collaborative in its work at every level.

Under his leadership, DOTD was successful at securing and obligating nearly USD 150m additional Federal dollars for I-10 widening from I-49 to New Orleans, for the Baton Rouge I-10 bottleneck, and for the shortest Design Build procurement in the state’s history is underway to widen I-10 from Highland Road to LA 73. In addition, under his leadership, DOTD has been able to assist communities with alternative fueled transit assets, focus efforts on advancing passenger rail, and helping launch bike share in Baton Rouge, LA.

The DOTD has turned its focus to procuring USD 650m in GARVEE Bonds for two Design Build Projects, a major Urban Interstate Reconstruction and the state’s first Public Private Partnership.