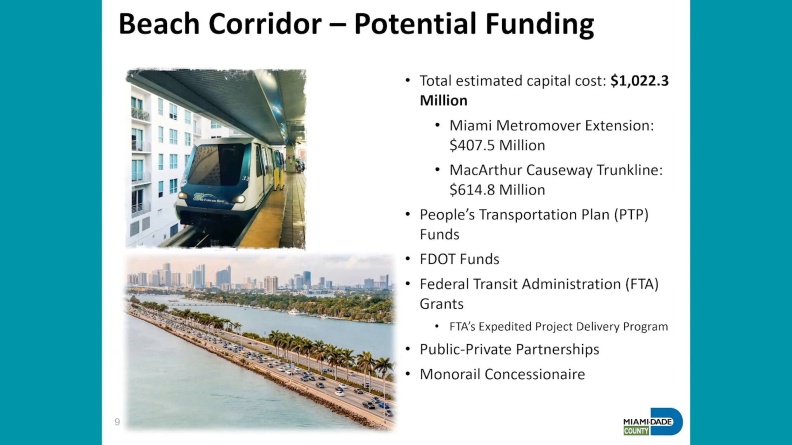 The ongoing procurements for the Corridor Trunk Line and Northern Corridor are supposed to be the tip of the iceberg for Miami’s SMART plan, which is inclusive of four other LRT extensions and multiple new busing routes along with related concepts such as transit-oriented developments (TODs). Miami officials will walk you through the following concepts:

DTPW operates the15th largest public transit system in the United States, and the largest in Florida. This includes the Metrobus fleet that runs approximately 28.9 million miles through most areas of Miami-Dade County; the electrically-powered, elevated, 25-mile rapid transit Metrorail system; the 4.4-mile elevated Metro mover; and the paratransit service (Special Transportation Service) that meets the needs of the disabled.

Ms. Bravo is a licensed Civil Engineer with a bachelor’s degree from the University of Miami and a Master’s in Business Administration from Florida International University.