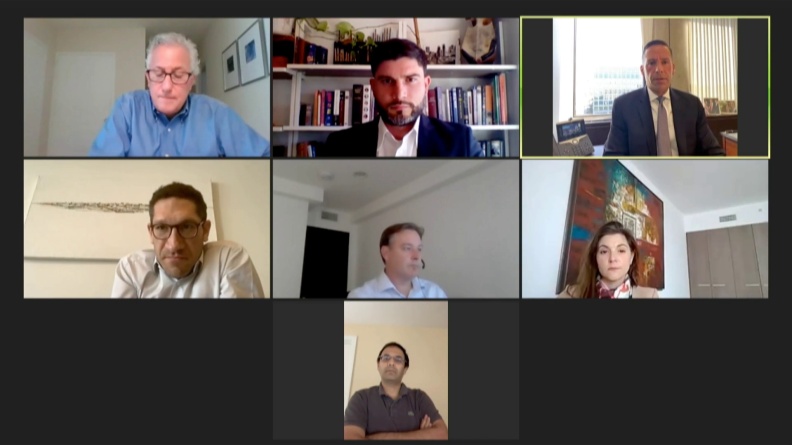 The main artery for infrastructure was effectively clogged in early March when most of the country was shut down due to COVID-19 causing a strain on demand-risk projects such as toll roads, airports and ports.

Longer term concerns arose about the health of states and cities in general have also risen as fears of recession could cut into their tax revenue base. This came at a time when Maryland and Georgia were in the early innings of two major road projects, but also with the US P3 industry starting to gain some much-needed positive momentum overall due to developments in the university space.

In the interim, bad news has arisen this summer as the investors and contractors in the Purple Line consortium are trying to leave the project. At the same time, the privatization of JFK Terminal One is being delayed.

Doug Fried is Norton Rose Fulbright's US Head of Infrastructure, Mining and Commodities. His practice focuses on the representation of sponsors, equity investors and lenders in connection with infrastructure, transportation and energy projects.

Doug has been involved in projects in the United States, Latin America, the Middle East and Asia. His practice includes the representation of such entities in connection with the development and financing of new projects, public-private partnerships, the privatization of existing assets, the workout and restructuring of troubled projects, companies and transactions, and sales and acquisitions.

Dr. Morteza Farajian was recently appointed as executive director of the Build America Bureau at USDOT (the Bureau). He is responsible for credit programs and loan guarantees to support development of large-scale and multimodal transportation infrastructure. The Bureau also promotes innovative project financing solutions and helps state and local governments develop and finance P3 transactions for transportation facilities.

Prior to this position, Dr. Farajian was serving as acting Deputy Secretary of Transportation and Director of Public-Private Partnerships (P3) Office in Virginia.  Over a period of 7 years, he led procurement, financing and contract negotiation of multiple multi-modal transportation projects totaling $10 billion in value. Under his leadership, the P3 program in Virginia was reformed to promote competition, engage stakeholders and increases accountability. He established the first strategic program to manage a portfolio of P3 contracts post-procurement totaling $14 billion in project value.

Dr. Farajian is also an entrepreneur who has co-founded a crowd-financing platform that provides local and small investors the opportunity to invest in infrastructure projects as equity or subordinate debt.

Dr. Farajian has received his Ph.D. and M.Sc. degrees in Project Management from University of Maryland. He also has a B.S. degree in Civil Engineering. He currently serves as a board member on ARTBA’s P3 Division and TRB’s Revenue and Finance committee.

As a Presidential Appointee, Mr. Lemon currently serves as Senior Counselor for Infrastructure Policy at the U.S. Department of Energy, where he counsels senior leadership on major infrastructure projects ranging from $500 million to over $10 billion, regulatory reform, project finance, and policy.  He also represents the Department of Energy on infrastructure matters before other executive agencies, the White House, and Congress.  He is also a member of the Credit Review Board at the U.S. Department of Energy, which evaluates loan applications made under the Loan Guarantee Program for energy projects.  His previous Presidential Appointments include service as Director of the Infrastructure & P3 Team for the 2016 Presidential Transition, Director of the 2016 USDOT Landing Team, as well as Chief Counsel to the Federal Highway Administration, and Deputy Chief of Staff to the Pentagon Inspector General, under President George W. Bush.

During his tenure as FHWA Chief Counsel, Mr. Lemon served as a lead advisor to the FHWA Administrator and the Secretary of Transportation on Public-Private Partnerships, advancing many initiatives in various programs such as TIFIA, private investment at border crossings, the USDOT Credit Council, and creation of what is now the Build America Bureau. His deal credentials include extensive experience with both transportation and social infrastructure projects. He has extensive experience on transportation megaprojects involving highways, bridges, railroads, airports, transit systems, and ports, including extensive work in the TIFIA, PABs, and TIGER Programs.

Since returning to the private sector in 2009, Mr. Lemon has served as counsel on multiple first-of-their-kind, landmark P3 transactions, including: (i) the Kentucky Fiber Optic Network P3, the first statewide fiber optic network P3 in the U.S. market and recipient of the Bond Buyer’s “Deal of the Year Award”; (ii) the first local P3 in the Commonwealth of Pennsylvania involving redevelopment of 33 local bridges in a “bundling” project; (iii) the Post-Panamex expansion of the Port of Gulfport’s rail lines using a first round TIGER Grant, rail line funds, and CDBG funds; (iv) privatization of distressed assets in the City of Harrisburg under special state authority; (iv) P3s involving private operation of air traffic control towers; (v) a P3 proposal involving private operation of a state DOT’s Intelligent Transportation System (ITS); and (vi) a P3 to develop refinement, storage, and transmission of petroleum following a carbon extraction process.

Based in Washington, DC, with over 25 years of experience, Mr. Lemon’s P3 practice includes extensive representation of:

Anthony Phillips is responsible for the Group’s activities in North America. Phillips has over 15 years’ experience in Infrastructure Investment in North America, Europe and Asia Pacific. Phillips joined John Laing in 2005 and during this time has been based in London and Sydney where he successfully led John Laing’s entry into the Australia and New Zealand PPP markets prior to relocating to the USA in 2014. Prior to joining John Laing, Phillips qualified as a Chartered Certified Accountant and gained 8 years’ experience with KPMG and Grant Thornton. Anthony is on the board of The Association for the Improvement of American Infrastructure.

Under her leadership, ACS Infrastructure has solidified its position as a market leader in PPP/DBF projects in North America, with a current portfolio of 14 projects totaling approximately USD 20bn, including Angels Flight in California, the SH 288 Toll Lanes Project in Texas, the Portsmouth Bypass Project in Ohio, and Florida's I-595 Project, which was the first availability payment-based PPP project in the U.S. and which has been successfully operating for three years.

Sandeep Gopalan joined Macquarie in 2007 and has worked in PPP andtransportation infrastructure financing for over eleven years. During thistime, Gopalan has developed, advised and closed on a number of largeinfrastructure P3 projects including I-595 and Port of Miami Tunnel in Florida,the Midtown Tunnel in Virginia, the Goethals Bridge in NY / NJ and the Central70 in Colorado. Prior to Macquarie, Gopalan was a financial analyst at Dresdner KleinwortWasserstein in their industrials M&A group providing financial andstrategic advice to private sector clients.