access_time 24 March 2021 | 09.00 - 12.00 JST
room Live Broadcast
Free to attend - REGISTER NOW
The Infrastructure Investors Webinar: Japan successfully took place on 24 March. This virtual event brought together over 410 senior industry practitioners including 190+ LPs from 19 countries.
The webinar, which focused on the latest global infrastructure investment trends along with the winning strategies domestic LPs are employing to create a diversified infrastructure portfolio, included panels focusing on the forces that will shape infrastructure investing in the future and the institutional investor outlook for allocating to global infrastructure. The webinar featured executives from leading organisations such as I Squared Capital, Japan Post Bank, CDPQ and Morrison & Co speaking on a number of practical topics including how domestic LPs select the right partners for infrastructure investment and the best credit opportunities present in terms of geography and sector.
The Infrastructure Investors Forum: Japan will take place in Tokyo and online on 7 September 2021

LPs that attend the Infrastructure Investors Forum: Japan include:

CERTIFIED BY THE CPD CERTIFICATION SERVICE

3 CPD points can be claimed after attending the event 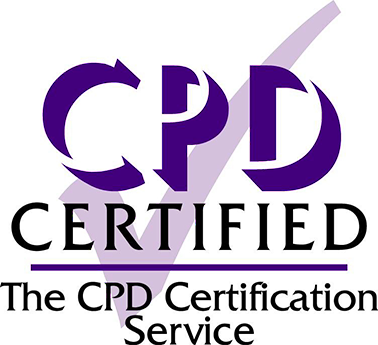 
I Squared Capital is an independent global infrastructure investment manager with over $24.5 billion in assets under management focusing on utilities, digital infrastructure, transportation, social infrastructure and energy assets in the Americas, Europe and Asia. The firm has invested in 31 portfolio companies with operations in 50 countries across its targeted sectors. I Squared Capital has a team of over 155 professionals in its six offices in Miami, Hong Kong, London, New Delhi, New York and Singapore.

Orestes is responsible for Inframation & Sparkspread’s research coverage in the Asia-Pacific. He analyses infrastructure & energy industry trends by conducting bottom-up research on transactions, equity investors, lenders and advisors in the region. Prior to joining the company in 2018, he researched the Chinese domestic business environment for UK businesses as well as Chinese outbound investments at the China-Britain Business Council in Shanghai. He holds a BA in Chinese & Business Management and a MSc in International Relations.

John Faye is Senior Director, Infrastructure, Asia Pacific, based in CDPQ’s Singapore office. In his role, he is responsible for the sourcing and execution of infrastructure investments in Asia.

Mr. Faye has 20 years of experience in global infrastructure, notably as an investor focused on energy infrastructure with various private equity firms. He started his career as a power and utilities investment banker.

He is a graduate of the University of South Wales and holds an MBA from the Rotterdam School of Management at Erasmus University in the Netherlands. He is a member of the Australian Institute of Company Directors (AICD) and of the EDHECinfra Advisory Board, which develops unlisted infrastructure indices and benchmarks.

Robin oversees Asia-Pacific coverage for Inframation. A 22-year news veteran, with 13 of them spent editing financial news, Robin has worked for the world's leading news outlets, including The Wall Street Journal and Dow Jones Newswires. He has been a regular on live television, commenting mainly on Chinese government and central bank policy. At Inframation he is responsible for daily news coverage and analysis written by a team of journalists spread across Greater China, Japan, India, Singapore and Australia.

Yoshi Kiguchi focuses innovative strategies and products with the investment horizon structures. He has more than 30 years of experience in investment and risk management.

Before that, Mr. Kiguchi was a managing director of Russell Investments in Japan, where he supervised several teams, and delivered a wide range of consulting and solutions to the institutional clients including Toyota, Fujitsu, NEC, Sekisui, Toray, and Mazda.  He joined Russell as a consultant in 1998.

Prior to joining Russell, Mr. Kiguchi was with Sumitomo Life for ten years. He was placed in charge of corporate strategy, equity investments, researching capital markets, including private equities, and performing quantitative risk management and ALM.

Tomoko Kitao is a Managing Director at Hamilton Lane, based in the firm’s Tokyo office, where she is primarily responsible for management support and development of the firm’s client relationships in Japan. Prior to joining Hamilton Lane in October 2012, Ms. Kitao was with the Bank of Tokyo-Mitsubishi UFJ, most recently as Chief Manager in the International Credit Division. Previously, she was Senior Manager in the Structured Finance Division, where she was responsible for managing a portfolio of global private equity fund investments. She also has extensive experience in the Credit Division, having worked out of the bank’s New York and London offices. Ms. Kitao received a B.A. from International Christian University. She is a Chartered Financial Analyst and a member of the CFA Institute and CFA Society Japan. Ms. Kitao currently holds a Sales Representative Qualification Class 1, 2, and an Internal Administrative Qualification with the Japan Securities Dealer Association.

From 2014 to September 2018, Tom was a Managing Director and the Global Head of Infrastructure Credit at Apollo, where he developed the firm’s infrastructure credit strategy, hired and led a dedicated team, and invested in over 30 transactions ranging from high-yielding senior to mezzanine debt across many sub-sectors, including power, renewables, transportation, social and telecommunications infrastructure.

Prior to Apollo, Tom led the Global Energy and Project Finance business at WestLBfor ten years, overseeing 100 bankers across several countries in Europe, the Middle East, Africa, Asia, and the Americas. He and his team advised and arranged debt financing for over 150 clients while managing a $17 billion credit portfolio. As a senior member of WestLB'sinternational executive committee, Tom was responsible for overseeing and managing the global infrastructure, commodities, and trade finance businesses.

Tom received his B.A. from the University of Washington and his MBA from Columbia University.

He holds a bachelor’s degree in Political Science from Waseda University.

Managing Partner at Patria, COO of the Infrastructure Group, responsible for the Infrastructure group’s investments and day to day activities. Prior to joining Patria in early 2008, Mr. Pinto spent three years with Cargill. Mr. Pinto was initially responsible for business development at Cargill in South America and later became a senior line executive, primarily responsible for one of Cargill’s businesses in Brazil. Prior to Cargill, Mr. Pinto was an analyst, associate and project leader with Bain & Company in the São Paulo and Johannesburg offices. Mr. Pinto advised leading local and multinational companies in connection with the design of growth strategies, business unit strategies, cost reduction and turnaround programs. Mr. Pinto earned a B.A. in Business Administration from Fundação Getulio Vargas (FGV), a Certificate of Special Studies in Management from Harvard University and an MBA from Insead Business School in France.

Koji Someno is a Manager of Real Asset Fund Investment Division and Private Equity Fund Investment Division of Alternative Investment Department at Dai-ichi Life Insurance Company. Since joining Dai-ichi Life in 2017, he has been in charge of infrastructure investments and private equity investments. Prior to that, he spent about 13 years at Mitsubishi UFJ Trust and Banking (MUTB), where he was involved in the investments in private equity, infrastructure, real asset and venture funds.

He holds a bachelor’s degree in Business and Commerce from Keio University.

Master in Public Administration in International Development of Harvard Kennedy School. Bachelor of Economics degree from the University of Tokyo.