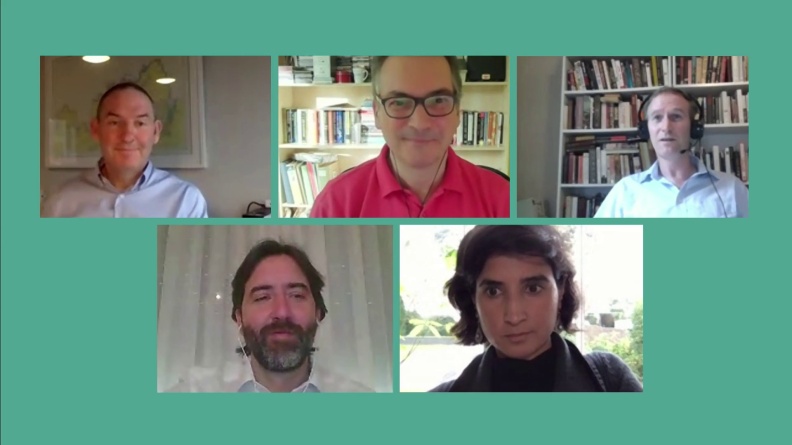 Conal Henry is Founder and Chair of Fibrus. He also Chairs the £500m HM Treasury backed National Digital Infrastructure Fund based in London. Prior to this Conal was CEO of enet taking it from start up to its £200m acquisition by the Irish Infrastructure Fund in 2017, as CEO of Enet, Conal also lead what is now known as NBI to become the winning bidder for the €2bn Irish National Broadband Plan. Prior to enet Conal was Commercial Director at Ryanair having been Head of Finance for Non Food and George Clothing at Asda in the UK. Conal began his career at Procter & Gamble. He is also Vice Chair of An Cosán Ireland’s leading Community Education Charity and sits on the Board of The Shannon Foynes Port Company. Conal graduated in Law from QUB in 1991 and is a Chartered Management Accountant.

Matthew is the founder and Chief Executive of full fibre operator Zzoomm plc.  Zzoomm builds and operates new full fibre communications networks in towns in the UK.  Zzoomm will provide its brilliant broadband service over its first network to homes and businesses in Henley-on-Thames, where construction started in September 2019.

Matthew founded Zzoomm at the end of 2018, following the sale of rural full fibre operator Gigaclear which he founded in 2010 to Infracapital in May 2018.  Matthew was involved in network, wireless, data and telephony businesses including Vodafone, Millicom, Orange UK, Liberty Communications, ts.com and Community Internet Group.

As Sector Director for Network Operators, Sarah is responsible for our strategy in helping Mobile Network Operators achieve their 5G ambitions through high capacity fibre delivery as well as supporting other Network Operators in achieving their regional or global strategies. Sarah has over 15 years of experience having worked at O2 for 8 years followed by 7 years with Telefonica Global Solutions, leading business development and strategy across Latin America, China, and Europe.

Neha Puri is a Principal at Faculty AI. She was previously Assistant Directors at PwC's Deals practise, advising on global infrastructure transactions and fund formations worth £5bn+. She was recognised in Bisnow’s ’Women in Real Estate’ 2019 power-list, and won Global Corporate Venturing (GCV) Awards in 2015 and 2016 for investment strategies across a range of emerging technologies (e.g., Electric Vehicle charging and low-carbon energy). She is now applying this industry background to 'make AI real' in infrastructure and the built environment.