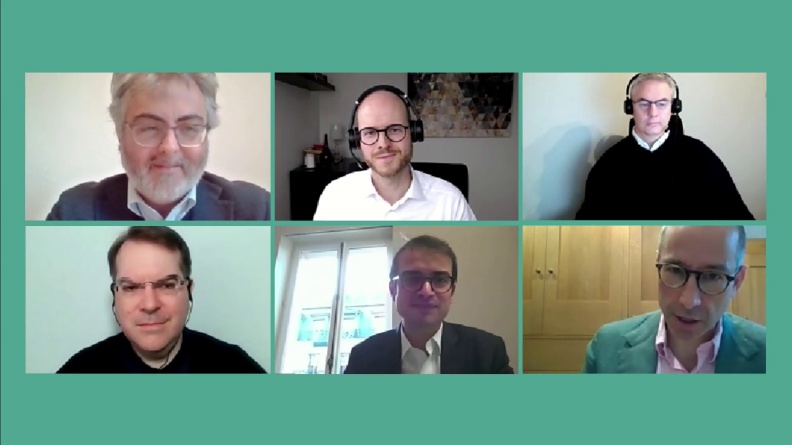 Danilo Quattromani is a Head of EMEA Transport Team of the Global Infrastructure and Project Finance Group.

Previously he was a member of the International Public Finance Group of Fitch Rating, where he was responsible for ratings of Italian Sub-nationals and Public Sector Entities, ranging from development financial institutions, holding and financial companies, real estate, transportation, and postal services firms. He also cooperated with Corporate and Global Infrastructure departments on issuers’ ratings with public sector-links.

From 2005 to 2007, Danilo worked as Senior Credit Analyst in the Credit Risk Management department of HSBC, where he was responsible for a portfolio of "large corporate” names operating in telecommunication, luxury, engineering and energy sectors. From 2004 to 2005, Danilo worked as Credit Complex Manager in ABN AMRO, where he was in charge of the credit analysis and management of worldwide exposure of Italy-based corporate borrowers (active in automotive, construction, consumer goods, and motorways sectors).

From 2001 to 2004, Danilo worked for the Structured Finance department of Banca Antonveneta, where he was involved in the merger, acquisition LBO and debt restructuring transactions.

Prior to this (1999-2000), Danilo worked in the corporate Banking department of Banca Nazionale dell’Agricoltura where, back in 1998, he won a scholarship aimed to development banking sector skills.

Danilo has a degree in business economics at the University of Bologna and is a chartered accountant.

Benjamin joined MEAG’s Infrastructure Debt Team as a Senior Investment Manager and Dep. Head of Infrastructure Debt in October 2014 and is responsible for the coordination of all core European Markets within the team. He has more than 15 years’ experience in originating and structuring infrastructure project finance transactions with a strong focus on transport and social infrastructure PPPs in the EMEA region.

Benjamin has completed training as a banker and holds Master degrees in business administration and economics from the Catholic University of Eichstaett-Ingolstadt.

Over the past 8 years, Mawhood has delivered technical due diligence and transaction management services on over USD 60bn of infrastructure transactions, with USD 20bn of these in the ports sector in Europe, Asia Pacific and North America.

Most recently Mawhood led the technical due diligence on behalf of NSW Treasury for its sale of the USD 22bn Westconnex road network asset.

Matthieu Muzumdar is Meridiam’s Chief Operating Officer for Europe. Matthieu joined Meridiam in 2011 as Investment Director with a focus on project development in Europe,. He then took responsibility for the Investor Relations function, in charge of managing relationships with investors globally and of fundraising.

Prior to joining Meridiam, Matthieu worked for the French Ministry of Transport. Matthieu graduated from the Ecole Polytechnique and Ecole Nationale des Ponts et Chaussées in Paris. He has been teaching project finance since 2009 and was the program director for the « Infrastructure Project Finance » masters program between 2016 and 2018.

Richard is Global Head of Infrastructure at KPMG. He has over 20 years’ experience in infrastructure policy, governance, strategy and financing, advising both public and private sector clients in the UK and overseas.

Richard began his career as a civil servant at the UK Department for Transport where he held positions in the road, rail and aviation directorates. Between 1996 and 1998 he was Private Secretary to the Secretary of State for Transport and the Deputy Prime Minister. He subsequently moved to the Infrastructure Advisory team at Citigroup before joining KPMG, where he led the UK Infrastructure, Building and Construction sector until 2018.

Richard has an extensive network of contacts across the infrastructure, transport, utility, and construction markets and the related political, financial and legal communities, in the UK and internationally. His clients include national and local infrastructure and transport authorities, private infrastructure owners and promoters of infrastructure schemes. He has advised on the governance and financing of some of the worlds’ most complex civil engineering projects.

He has a long-standing reputation for leading clients through complex and politically high-profile transactions and providing strategic, financial and governance advice in relation to the delivery of infrastructure services and projects.

He has a particular interest in supporting the impending mobility revolution, promoting dialogue between the public and private sectors globally to maximise the social and economic benefits of autonomous vehicles, electric vehicles and mobility as a service.

Richard is a Fellow of the Institution of Civil Engineers. He is a member of the Infrastructure Board of the Confederation of British Industry. He chairs the Advisory Council of The Infrastructure Forum, which is an independent think-tank which brings together organisations with involvement in UK infrastructure from public, private and regulatory perspectives. He is a prolific writer on infrastructure and transport, and is quoted regularly in the trade and national press.